The ultimate Aston Martin is only a year old, but it's already getting some updates including a new automatic transmission. 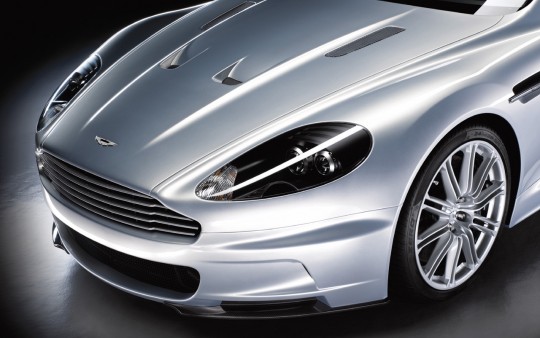 The ultimate Aston Martin is only a year old, but it''s already getting some updates including a new automatic transmission. The DBS will receive an optional automatic transmission dubbed the TouchTronic 2 for the 2009 model year, a re-engineered version of the ZF six-speed unit equipped in the DB9.

The decision to equip the top Aston with something other than a manual gearbox came late last year. The trouble was, according to chief programme engineer Dave Doody, ‘we just didn’t know which one’. An automated manual was considered then discarded, but with a ZF six-speed already lurking in the DB9, the decision to carry it across to the DBS is hardly surprising.

ZF gave the transmission a tougher casing, beefier internals and a new management system. ‘The settings were so extreme, the shifts so savage and sudden, we had to ask for it to be toned down,’ chuckles Doody. It was the right decision. The end result is very nicely judged: simple to operate via buttons on the dash and column-mounted paddles, with responses to throttle inputs perfectly measured and shifts seamlessly blended. Pop it in Drive and it just works, and works well.

Thumb the Sport button, tug a paddle and you get full manual control. No shifting down if you mash the throttle to the stop, nor up if you barrel into the 6800rpm limiter. Shifts are swift and sure and it does a lovely job of rev matching on the way down through the gears.

It’s possible to catch it out – switch from R to D too quickly and you’ll get N – and it’s a shame you can’t move straight into Drive by pulling a paddle. The gearing is on the long side for real sporting appeal, too, something that’s exacerbated by the long-striding V12’s high inertia and wrecking-ball torque, which means all you ever need is third. The 5.9-litre engine is always happy to pick up the pace, but it doesn’t encourage you to venture into the last 35 degrees of the rev counter’s arc, nor pull the paddles simply for the sake of it.

The DBS Touchtronic transmission features a final drive ratio shortened from 3.15:1 to 3.46:1, aiding quicker acceleration times and an improved performance feel. Additionally, changes to the gearbox calibration aid more aggressive gear shifts and greater usability, while retaining the performance potential of the manual gear box – matching the 0-60mph (0-100km/h) time of 4.3 seconds. System functionality is consistent with that on the DB9, with ‘Park’, ‘Reverse’, ‘Neutral’ and ‘Drive’ modes selected via facia mounted controls.