This electro-actuated gearbox can change gears in as little as 100 milliseconds – faster than any driver could achieve with a conventional manual transmission! 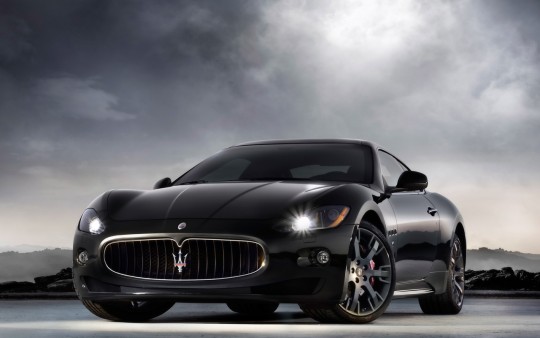 Towards the end of 2006, Maserati announced the introduction of the Quattroporte Automatic – the 4.2-liter V8 engine mated to a 6-speed automatic transmission. The announcement was the culmination of eighteen months of hard work and collaboration between the engineers at Maserati and their counterparts at the German transmission specialists ZF.

Why did such an apparently straightforward development take so long, when ZF already had a class-leading six-speed automatic transmission in their portfolio? The work was needed to ensure the ZF transmission could handle the high 7,200 rpm red-line of the Quattroporte’s 4.2-liter V8 engine. In addition, Maserati’s development team had significant work to do to ensure the car retained its rearward weight balance, a crucial factor in the breathtaking handling.

ZF’s specialist Driveline Technology division exists to satisfy the unique needs of individual vehicles by offering transmission technology that is flexible, precise, comfortable, reliable and economical. The 6-speed automatic transmission developed for Maserati is characterized by close ratio steps that ensures the engine remains in the fattest part of the torque curve on each upchange. And the Maserati Research and Development team fulfilled their design brief wonderfully; the Quattroporte Automatic has 51% of its weight on the rear wheels, making it unique among luxury sports sedans.

The result was a car which offered all the smoothness and convenience of a fully automatic transmission, but which also offered a tremendous degree of control for the driver in Manual mode. The ZF transmission was so versatile, so adept at matching the driving style being used, that it was soon made standard across the entire Maserati range, and has recently been introduced in a new model,  the GranTurismo S Automatic.

In 2008 the GranTurismo S was introduced, and brought with it the return of the automated manual transaxle, a high-performance drivetrain for the committed enthusiast. The engine in the GranTurismo S had grown to 4.7 liters, bringing with it useful increases in peak power and torque - and, more importantly, strengthening the torque curve across the whole range. And transferring all that power and torque to the rear wheels is a new automated manual gearbox, incorporating what Maserati engineers named MC-Shift technology, after the Maserati Corse racing team. This electro-actuated gearbox can change gears in as little as 100 milliseconds – far faster than any driver could achieve with a conventional manual transmission – by using precise computer control to partially overlap clutch engagement with the gearshift itself.

At the heart of the electro-actuated six speed gearbox fitted to the Maserati GranTurismo S is a twin plate clutch, and triple cone synchronizers on the first and second gears and double cones on gears three through six.

The twin plate clutch derives from the world of competition and is particularly suitable for sports cars: the reduced size of the clutch group (215 mm), and the small diameter of the flywheel (240 mm), keeps the unit’s overall mass down. This notably reduces the engine’s inertia compared to a single disc set up. The system also allows top end revs to be reached more easily, quicker throttle response, faster shifts and improved gear dynamics.

There is no clutch pedal or gear stick; instead there are Up and Down shift paddles mounted on the steering column. As the driver requests a different gear, the computer automatically cuts engine power, disengages the clutch, engages the next gear, re-engages the clutch and re-applies power – all perfectly synchronized. On down-changes, the system even executes a perfect throttle ‘blip’ to match engine revs to the new ratio.

The system has multiple modes, including a fully Automatic mode – useful for long-distance cruising on the freeway. In Manual Sport mode, the driver is in almost complete control – the system will not change up, even when the rev limit is reached. It is only ‘almost’ complete control because the computers will change down to prevent stalling. And when Sport mode is combined with Manual shifting, the computer makes each shift a little quicker. But the piéce de rèistance comes when Manual Sport mode is combined with high revs and lots of throttle; if the engine is over 5,500rpm and more than 80% throttle is being used, then the MC-Shift strategy comes into play.

The MC-Shift gearbox technology is the biggest innovation on the electro-actuated system fitted to the Maserati GranTurismo S. In conventional electro-actuated systems the three shift phases (cut in torque and opening of clutch; gear disengagement, selection and engagement; closing of clutch and restoration of torque) are carried out sequentially. Technically, what happens in MC-Shift mode is that the system overlaps what are usually separate operations – so the gearbox begins to de-select the current gear before the power has been cut, and the clutch starts to be engaged and power re-applied before the next gear is fully selected. What this means is that the interruption in power is reduced to only 0.1sec, the power being reapplied with a perceptible kick. Similar technology is used in the Ferrari 599 GTB Fiorano. And as Sport mode also opens flaps in the exhaust system, the system combines staggering performance with a glorious V8 soundtrack.

To help in their quest to put weight over the rear wheels, to aid traction and reduce weight transfer under braking, the Maserati engineers have combined the gearbox with the rear differential into a unit known as a transaxle. This is attached to the engine using a rigid torque tube, which houses the actual drive-shaft. The strategy means that the GranTurismo S has 53% of its weight on the rear axle.