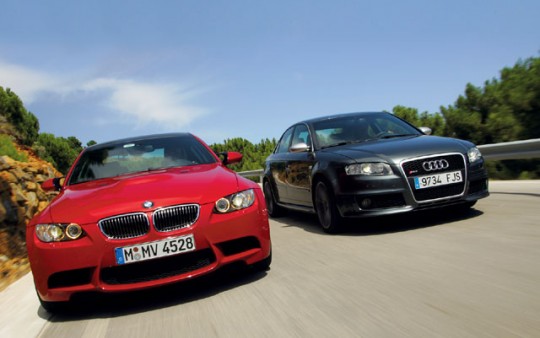 In the recent past, options for transmissions have expanded dramatically. Some are appealing if you share your vehicle with someone who cannot operate a manual box, while some have no gears to shift at all.

More and more cars are being offered with "Manual Mode", "Sport Mode" or even "Paddle-Shift" transmissions, and you''ll likely see one or more of these systems in the brochure for your next vehicle. Will you choose a manual? An automatic? Or will it be somewhere in between? Will it have as many as 8 gears? Or as little as none?

Manual-mode automatic transmissions in their most basic form allow the driver to switch between automatic or manual shifts at will. In manual mode, one taps the gear lever forward to shift into the next gear, or pulls it back to shift down. This has its benefits in the back roads or for passing slower traffic on the highway. Put the shifter in drive if you''re holding a coffee on the way to work and allow the car''s computer to operate the transmission as economically as possible. It''s like having a manual when you need it and an automatic when you don''t.These systems add a sense of control to the driving experience, and are fun to use. Most can be a happy medium if a real manual transmission is not available with the vehicle you are set on.

The Hyundai Sonata is offered with both a Manual and a "Sport-Shift" Automatic transmission. Jeremy Mannella, a Hyundai sales rep says "gentlemen commonly buy automatic cars for their wives, but in this case, they can have a little more fun and a little more control if they were to drive the car."

Manual-Mode transmissions have benefits in winter driving conditions as well. Acceleration on a slippery surface can be aided by having more precise control over the gear the transmission uses and when it shifts. Downshifting can be used more readily to help keep the car under control while slowing down on snowy roads without using the brakes.

A Formula-1 inspired gearbox was first fitted to Ferrari''s screaming F355 F1 model years ago in an effort to bring a taste of F1 technology into a street legal vehicle. It was a success. Even some entry level cars nowadays like the Acura CSX can be had with steering wheel mounted shift paddles. Though the transmission can be left in "drive", a simple tug of the gear lever into "paddle mode" puts the 2.0 litre engines 155 horsepower at the driver''s fingertips- meaning there is no need to remove their hands from the wheel to shift gear. A click on either paddle quickly sends an electronic signal to the transmission calling for the next or previous cog.

Cars like the CSX with their paddle-shift gearboxes are big fun, but they still deliver an automatic feeling gearshift: fairly slow and with no real interruption in throttle during the changeover. There is a slight delay between the paddle being clicked and the transmissions subsequent reaction. Underneath it all, it''s still a conventional automatic transmission.

But for the ultimate in light-speed gear shifting, Volkswagen, BMW, Audi and other European carmakers have embraced the latest technology by using direct shift or dual-clutch gearboxes which actually have a clutch mechanism inside, and much the same internals as a manual transmission.

Here''s how it works.

In VW / Audi''s system for instance, the driver pulls the paddle, and the computer un-clutches, adjusts the RPM''s, and re-clutches. The entire process takes two tenths of a second and is incredibly smooth. No human driver could shift gear this quickly or consistently, and during downshifts, the system even "blips" the throttle, sending the revs skyrocketing as needed and creating to Schumaker sound effects. Hence the name Direct Shift Gearbox, or DSG. (BMW''s paddle gearshift system is called "SMG" for Sequential Manual Gearbox- same idea) If you''ve never learned heel-and-toe shifting, either transmission will have everybody who''s listening fooled.

Thing is, learning heel-and-toe shifting is still more rewarding. Your choice in transmission is a matter of taste and preference. Like any other system in a vehicle, the options are becoming more and more vast.

Mind you, selectable or paddle-actuated shifting isn''t offered on every high performance transmission. Introduced on the Fusion and now available many other Ford models is a six-speed automatic, which surprisingly doesn''t offer up a manual mode at all- though it makes up for this shortfall in other areas. Jody Narozanski, who manages a Ford Lincoln dealership, tells me "6 speed automatic is the way of the future for Ford Vehicles. It gives you the best combination of performance, fuel economy and capability. The technology allows smooth shifts, seamless power and economy, as well as the towing capability a lot of customers require on everything from a Fusion to a Navigator."

With so many benefits, six speed automatics will soon become the new standard, and Ford was one of the first companies to offer the technology at an affordable level.

What about eight-speed automatics?

But six gears on an automatic might not seem as impressive as it once did, because the all-new LS 460 and LS 460L extended wheelbase models were set to arrive in Lexus showrooms last month. Both models feature a 4.6 litre V8 engine which develops a potent 380 horsepower, managed by an eight-speed automatic transmission. Some exotic BMW and Mercedes models had the most ratios with their seven-speed gearboxes for the past year or so, but now it seems that Lexus has raised the bar.

Transmissions with no gears?

From 8 gears to none, here''''s an abbreviation to get familiar with- CVT. It stands for Continually Variable Transmission, and they''''re starting to become more popular in a big way- especially with Nissan. Benefits include smoothness and economy, as the transmission never shifts gears.

Richard Mazzucca, a Nissan sales rep Explains. "Nissan''''s Xtronic Continuously Variable Transmission is available in 5 different vehicles in 2007. (Versa, Sentra, Altima, Maxima and Murano). Nissan has been building CVT transmission since 1992 and has improved and perfected the technology. Our CVT provides a smooth continuous flow of power and acceleration while keeping the engine at its optimum rev range for any particular power requirement. The result is extremely smooth operation and superior fuel economy. The Xtronic CVT features 25% fewer parts and achieves 6 to 8 percent better fuel economy than a conventional 4-speed automatic transmission."

The options now really are limitless. From paddles to levers to 8 gears to none, be sure to check out some advanced transmission technologies the next time you go looking for a new vehicle.

Here is a handy list of the most common abbreviations explained: