The Valve Body of an automatic transmission contains a complex series of passages controlled by valves to direct fluid flows. We will look how this functions. Part 2 of 2 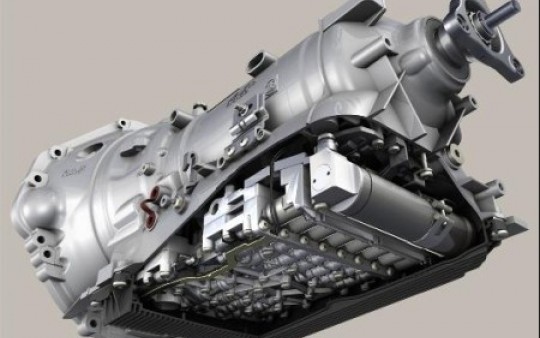 Shift Control valves are responsible for directing fluid to different passages in the transmission. They can be manually controlled, solenoid controlled or hydraulically controlled. They block hydraulic passages while other lands of the valve open passages.

The manual valve directs line pressure to various passages in the valve body. It is linked to the driver’s selector lever and shifts the transmission into and out of the P, R, N, D, 2, L ranges as directed by the driver. As the valve moves to the right, it exposes passages to line pressure, which will determine the gear selected. The various positions of the valve are maintained by a detent mechanism which also provides feedback to the driver.

Timing Valves are responsible to finesse the quality of transmission shift characteristics. In some cases, the applied clutch is a dual piston application and one is applied before the other. In other cases, the pressure which applies a holding device or forces a shift valve to downshift is reduced to enhance the application.

The downshift timing valve serves to prevent a direct downshift from overdrive to a low gear. This causes the transmission to automatically shift into a higher gear for a moment before selecting the desired gear. This is to avoid shifting shock. In an example shifting from overdrive to second gear, after the line pressure acting on the intermediate shift value is switched from the overdrive brake to the overdrive clutch, it acts on the 2-3 shift valve, causing it to shift from third gear to second.

The Reverse Clutch and Brake Sequencing valves control the timing of the application when shifting reverse. As line pressure increases when shifting reverse, the sequencing valve reduces shift shock. When moving the selector to R, the passage to the outer piston of the direct clutch is blocked by the sequencing valve. As pressure builds and the inner piston begins to apply, the valve moves to compress the spring. Line pressure is applied to the outer piston for full engagement of the clutch.

The accumulators act to cushion shifting shock. These valves are basically pistons located in a bore with a heavy calibrated spring to counter hydraulic pressure. They are located in the hydraulic circuit between the shift valve and the holding device. When the shift valve moves, fluid is directed to the circuit of the holding device. As the piston begins to compress the clutch return springs, pressure in the circuit begins to build. As pressure builds, it acts to load the spring in the accumulator. Pressure in the circuit cannot reach its potential ntil the spring is compressed and the piston is seated. The pressure builds more slowly ad the clutch engagement is softened.

The Accumulator Control Valve modifies line pressure from the pump to the accumulators based on engine load. It reduces shock shift by lowering the back pressure of the direct clutch accumulator and the 2nd brake accumulator when the throttle opening is small. The valve is balanced between throttle pressure and spring tension at its base and metered line pressure at the top of the valve.

The Detent Regulator Valve modifies line pressure to the Down Shift Plug during kick down to stabilize the hydraulic pressure acting on the shift valves. Detent pressure provides a pressure in addition to throttle pressure to improve downshift response.

The Low Coast Modulator Valve reduces line pressure from the manual valve to reduce shock when the gear selector is moved to the L position. The low coast modulator pressure pushes the low coast shift valve down and applies the 1st and reverse brake to buffer shock.